My Books
Posted by Sean Wadley at 17:24 No comments:

The Slug And The Snail

So there was the snail - old and frail, pulling his heavy old home behind him.
He looked about as happy as any old fellow could look, when he has to carry his home about with him.
'I so wish I could break loose of this old shell sometimes and roam about free in the wild!' said the snail.
'I feel like I have been cursed by this heavy old thing on my back!  Sometimes I feel like I should just lie down and let the Thrush get to work, and bring a swift end to it!'
But no no...
He had to go on...
Slowly does it!
Onwards and onwards.
There was a little green imp sat on the stump of the tree watching the snail go by.
He had been scurrying around in the tall grasses scavenging for acorns that had fallen from the great big old oak tree, called Shuroomba! nearby.
He looked at the snail and whistled the old boy over.
It took five minutes for the snail to get there.
'You called?' said the snail.
'Just wondering what you are up to,' said the imp, in his chirpy voice.
'O me?  Just minding me own business, sir.  Not up too much.  Just going this way and that.  Carrying this big old thing on my back, as always.'
'That's your home is it?'
'O yes sir.  I live in this old shell,' said the snail.
'Won't you invite me in for some tea?'
'O of course sir,' said the snail.  'Come on in and I will make us something good!'
And so the imp and the snail went into the shell, and the snail made the imp a fine herb brew.
'This tastes good,' said the imp, supping at the brew in a cup made of leaves.
'Well i worked hard in that,' said the snail.
'You are a hard working fellow for sure!' said the imp.  'You need a break you know?'
'I would love to have one,' said the snail. 'But it is hard you know?  Carrying my old shell about like I do.'
'I feel so sad for you,' said the imp.
'There is nowhere for me to go, not when you have your old home following behind all the time.  It's a sad business.  There is no adventure for me anymore.'
'Then get out of the shell,' said the imp.  'Get out and move about freely!  I will stay here and look after the shell for you,' said the imp.  'You go now and take care!  Go on an adventure and enjoy yourself!'
'I think I will,' said the snail.
And so the snail left his shell and went slithering away, between the roots and grass.
But he was still so slow...
O so slow.
'I feel like I always did,' said the snail.  'Only now I feel like I miss my home.'
'Your a slug!' said said a voice chattering up from the branches of a nearby ash tree.  'A slithering slug!'
'I suppose I am!' said the snail.  'I am a slow old slug!'
He stopped to think about it for a while.
He was missing his home.
'I am going to find my shell again!'
He had made a mistake.
He was going to turn back.
And then he was eaten by a blackbird!
THE END

My Books
Posted by Sean Wadley at 13:24 No comments:

I love my bag!

My Books
Posted by Sean Wadley at 10:54 No comments:

Sometimes it's hard to pour a drop
Just as it can be hard to write a dot...
IN a book without pages,
Like a summertime without the sun -
A sky without stars...
I can feel it,
When the ink is dry at the core of my soul,
When he canvas is blank,
And there is no pen at hand,
NO brush,
NO breath -
NO driving strength.
AN empty cave - that's all.
Take a deep breath, let the rain quench the deserts behind the eyes.
It will happen.
The mountain wall will move-
It will happen.
And you will sing again, as hasty as sparrows nest -
On the eve if spring.

Also take a look at:

My Games
Play Given 'em Hell
Play Elfin Quest
Witches Brew a short text based adventure game!
Also take a look at:
My YouTube Channel
My Books
Posted by Sean Wadley at 11:48 No comments:

My Books
Posted by Sean Wadley at 11:07 No comments:

My Books
Posted by Sean Wadley at 16:42 No comments:

Sean Wadley
My name is Sean Wadley. I work in a Medical Laboratory, and freely admit that in private I do enjoy a bit of writing, here and there. There's nothing more fun than dabbling with words!

ebook - Where do the Dreams go? 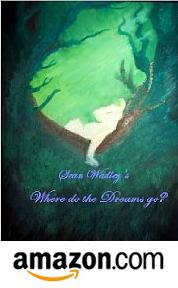 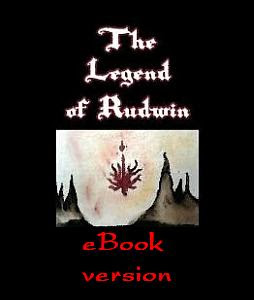 The Legend of Rudwin 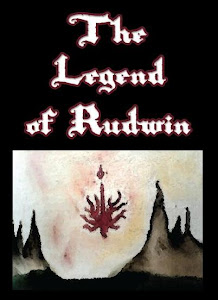